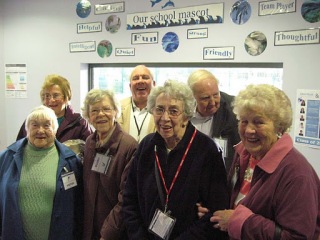 Members of Chorlton Good Neighbours on their visit to Brookburn Primary School, Chorlton on 23 Nov 2011. We were there to talk to the year 6 students about what it was like being in Chorlton during and after World War 2. The visit was enjoyed equally by children and adults alike, and we left stuffed full of the cakes that the children had made for us – and bags of them to take home too! 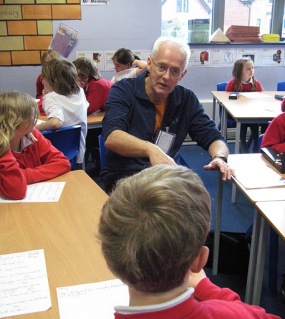 Micky Mitchell talked about her driving a petrol tanker around Manchester in World War Two, even in the middle of air raids 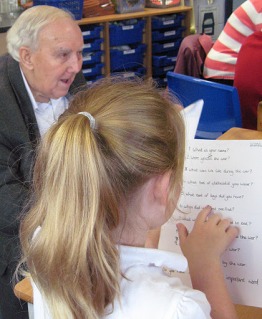 Alan Brown brought along pictures of a Barrage Balloon on Beech Rd Park during the war and a photo of a train at Chorlton Station in the 1950’s.
–
You can see above, some of the questions the children had prepared in advance 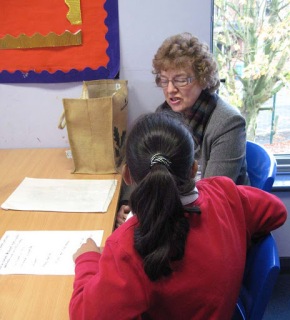 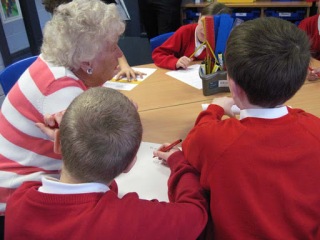