Good Neighbours regular, and World War 2 Arctic Convoy veteran, Bob Cowan, 95,  has received another medal from the Russian Government. This time it is a medal struck for the 70th anniversary of the Victory of the Great Patriotic War. 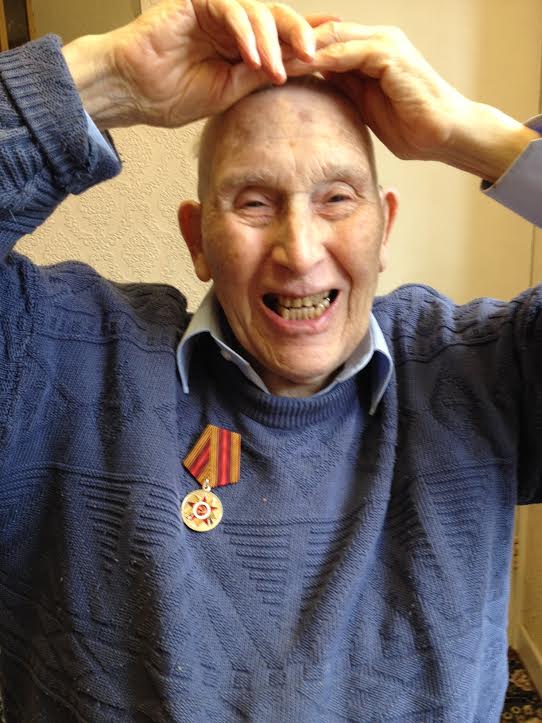 On a sadder note, we have just been informed by John Mackay’s daughter Iris, that he died on Father’s Day, 21st June 2015 at the age of 95. John was also a local Arctic Convoy veteran whose story we told in an earlier post (click here to see it and watch the video). John had also received the latest Russian medal shortly before he died. His funeral is at Southern Cemetery, Chorlton on Tues 7th July 2015