John, our resident DIY supremo had already made a wooden template for the base, so today was about levelling the ground, digging a trench, ramming the earth flat, putting coarse grit and sand down and then laying & mortaring the breeze blocks. Finally the aluminium base was assembled and put on top of the breeze blocks 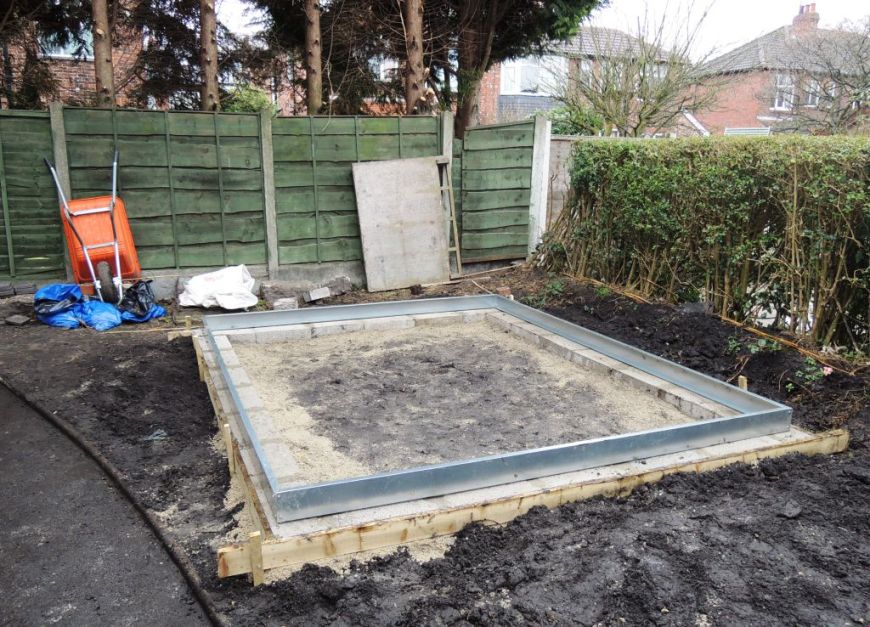 The next day, Saturday 9th March 2013, saw us start on the next stage of assembling the greenhouse . It was another cold and damp day. The base had been constructed the day before. The ground had been levelled and a trench had been dug out for the breeze block base.  We had pummeled the earth solid and flat using a rammer, then we laid a load of sandy gravel. John then put the breeze blocks in position and mortared in between the joints. Meanwhile the aluminium base had been assembled and we put in place on top of the breeze blocks and left it overnight to set.

On Saturday morning we started assembling the aluminium greenhouse frame, starting with the rear gable. Again, John took the lead and after finding the relevant struts and nuts, bolts and fixing plates we eventually managed to complete the rear side of the greenhouse. By then we were all so cold (especially our fingers from working with nuts and bolts on the cold aluminium) , that we called it a day. Next step, the front panel and door!