Good Neighbours had a stall at the “Winter Warmer” event at Trafalgar Court, an Anchor Housing scheme in Whalley Range on Thursday Nov 14th 2013. Carolyn O’Hanlon organised the stall and was helped by Peter Flynn and Bernard Leach

The event was well attended, with lots of stalls and food. Music was provided by Dave Taylor on guitar and vocals

Peter trying some of the food 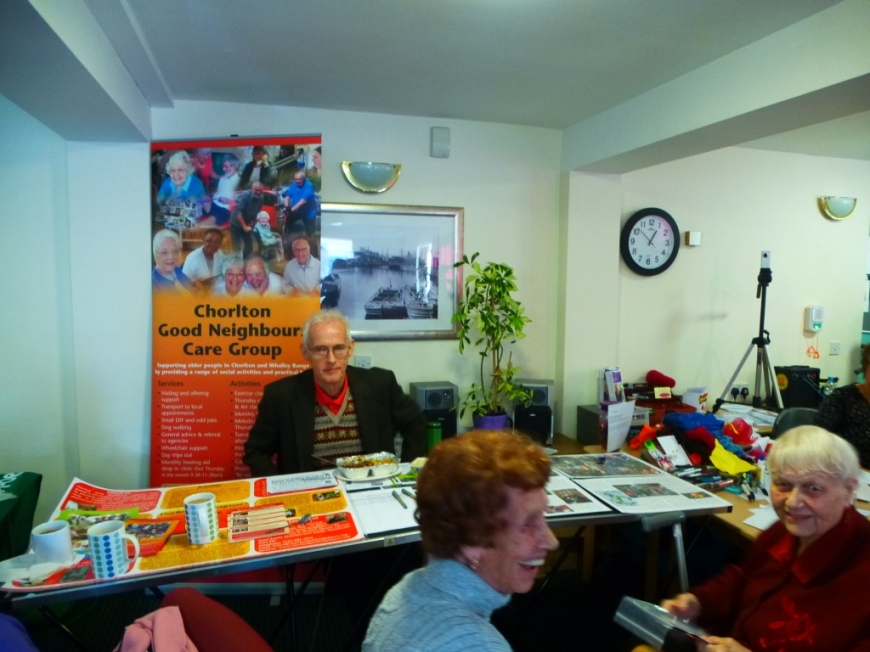 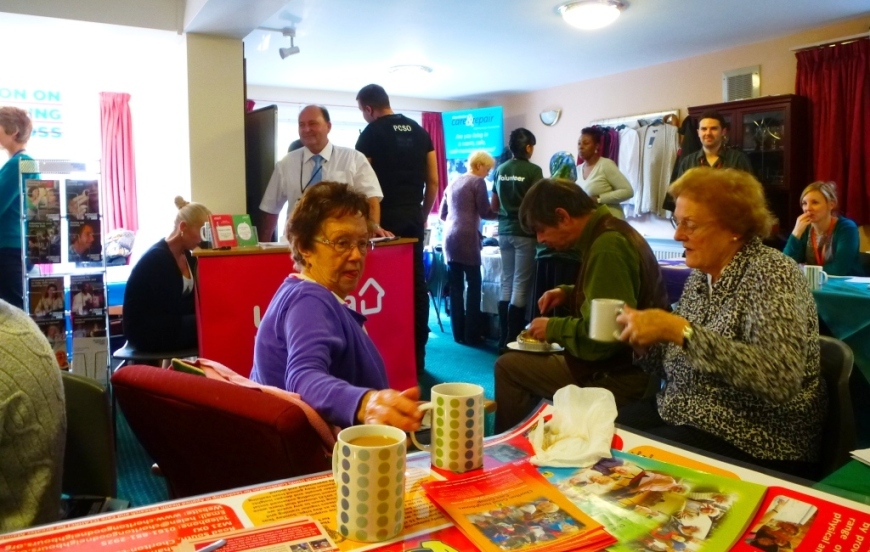 Carolyn on the good neighbours stall

Some of the people attnding the event, including several Good Neighbours regulars, such as Dorothy, pictured here 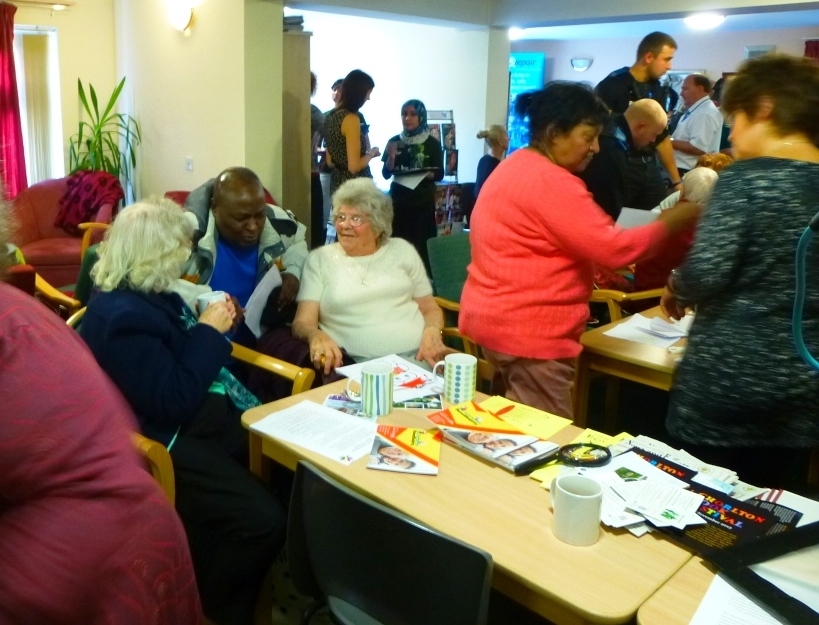