At the Good Neighbours Coffee Morning on 7th Dec 2017. A BBC team came to film some members for the programme series “Holding Back the Years”. We now know that this series will air on Monday 12th March on BBC 1 at 9.15am it will run Monday – Friday for 2 weeks, the episode Good Neighbours participated in will be the tenth in the series – it will be aired on Friday 23rd of March, BBC1

The programme Good Neighbours is involved in looked at Balance and Falls in old age – our experience of them and what we do to try and avoid falls as we get older. The presenter in Dr Rangan Chatterjee who is a GP in Gatley

Bernard, Enid and Judith being interviewed for the programme

Bernard, Enid and Judith were interviewed by Dr Chatterjee, and later many of our members at the coffee morning also participated in  balance exercises 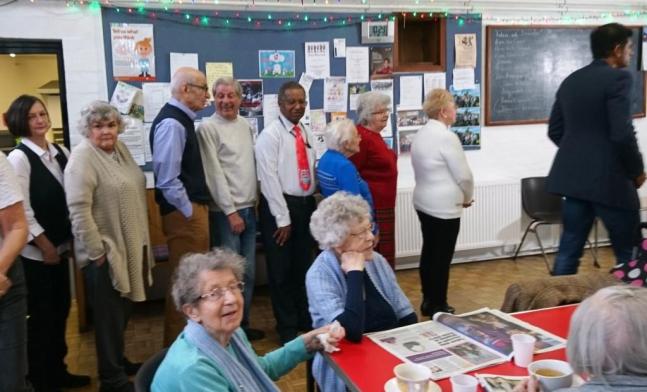 The queue for the balance test