The Good Neighbours drama workshops ( 10 sessions funded through a NIF grant ) have culminated in a performance to be held at HOME (Manchester’s centre for contemporary theatre, film, art &music), We present “Lovechester 1970s – What Are You Doing Sunday Baby” a comedy based in the 1970’s , written by local volunteer and playwright Nakib Narat. This was performed at one of our Thursday coffee mornings during the Greater Manchester Festival of Ageing.

Volunteers and older members of CGN have worked together to practice and perform this short play, complete with singing , poetry and a tipsy vicar! During the workshops we were fortunate to have various facilitators including Andy Barry from the Royal Exchange who runs the Elders programme.  We have since been invited to take part in an event at HOME, next Monday , 23rd July 2018 starting 6pm. A short film about the workshops and their impact on those who took part will be shown. The film was made by CGN volunteer Marc Grundy. Then at about 7pm we will give a performance of our play “Lovechester 1970s”.  Some of us will be talking about the play on Radio Manchester’s Mike Sweeney show (Sam Walker sits in) on Monday 23rd July at about 10.30am

Here are further details about the play at Home
https://homemcr.org/event/a-city-seen/ 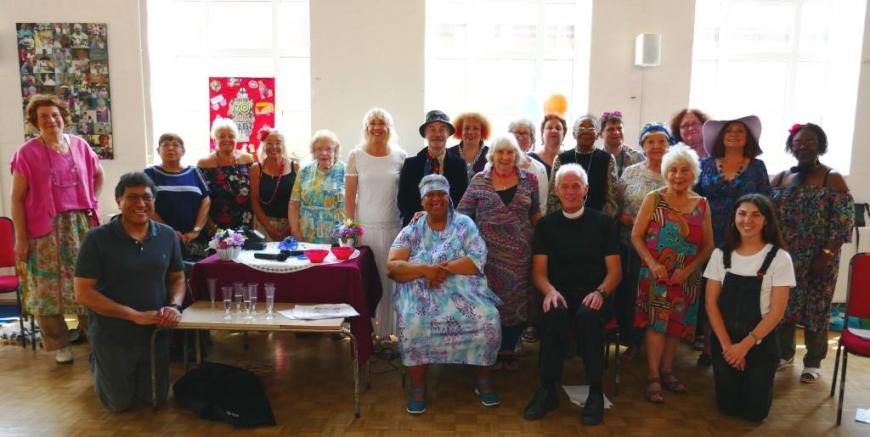