“Death at the Seaside”

At the Good Neighbours coffee morning on April 11th 2019 the CGN drama group put on a production of “Death at the Seaside”. This comedy mystery play was developed by the members of the group, arising out of improvisations that we eventually brought together as a (more or less) coherent whole.

The audience certainly had to use their imaginations as the action was centered round a group of unruly teenagers at school with a teacher struggling to control them.  There was an an announcement of a pregnancy, a class bully, a teacher’s pet and a mother coming to take her daughter out of school

This was followed by a school trip to Blackpool where the same group of teenagers on the prom came across some road works, where one of their number, was pushed into the hole by one of the group. The boy died and the group decided to cover the body over and then leg it back to the coach

The final scene was a few weeks later when a policeman came to interview the students after a body was uncovered at the same roadworks on the prom. Each student was interviewed by the policeman (Sergeant Dixon of Chorlton Green) and eventually it turns out that it was the teachers pet who was responsible and is led away in handcuffs to much cheering from the other students

Well, Shakespeare it was not! But everyone had great fun both putting the production together and for the audience watching it. Below are a few photos from the play 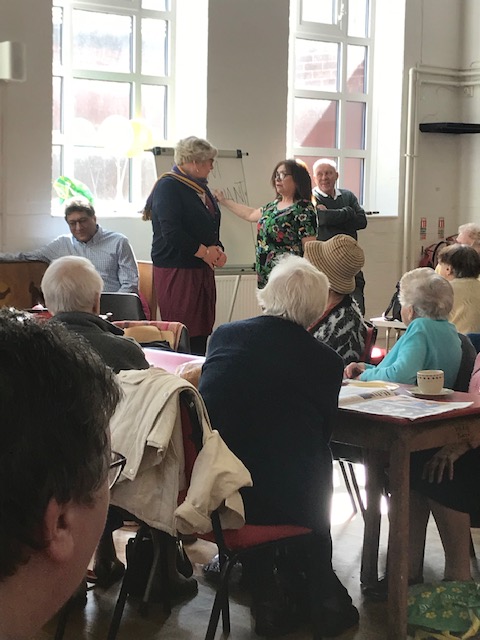 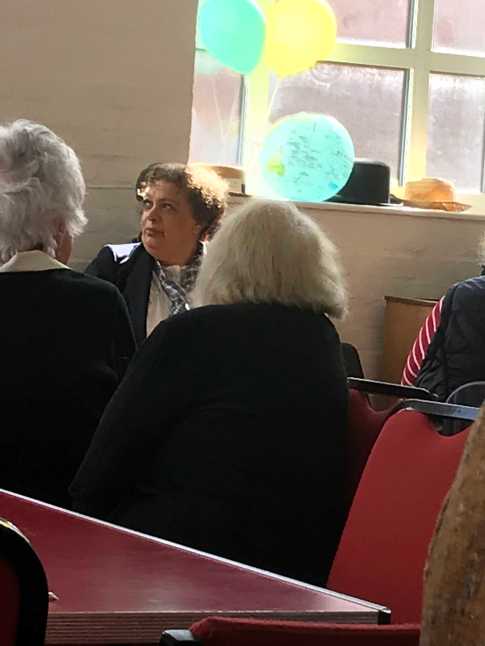 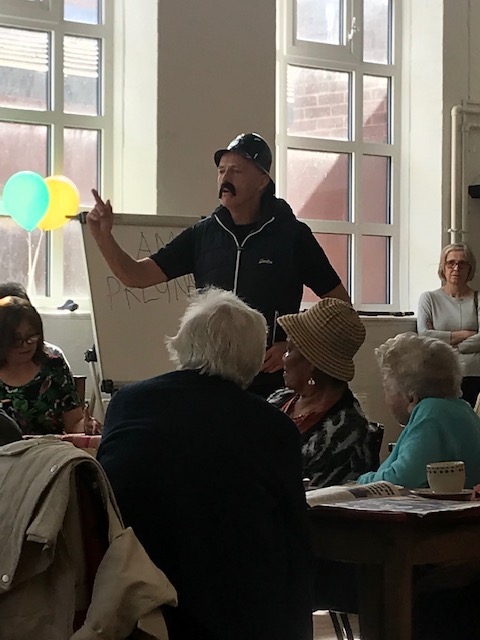 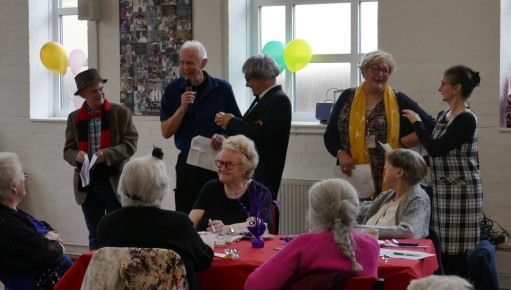 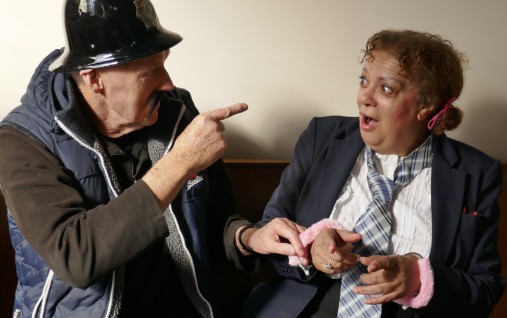