CGN drama group have been practising their short sketch “Coming home for Christmas” which is set in a department store. The group will be performing on Thursday 12th  December at the final Coffee morning of the year, and will be joined by the CGN Melodics to round off with some festive songs and carols. 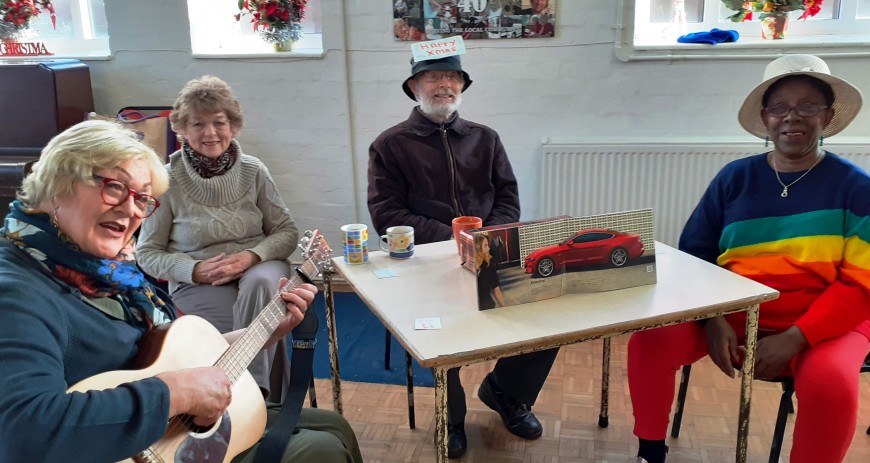 Some students from Salford University, doing some work around social isolation and loneliness,  visited the rehearsal last Wednesday, as they were filming Esther , one of our older members, has been talking with the students  about how she engages in plenty of activities at CGN so that her week is a full one with a good balance between her CGN activities and time spent with her family.