Mickie Mitchell from Chorlton , now aged 95, and a regular at Chorlton Good Neighbours served in the army and then the Fire Service in Manchester during the second world war. Here she talks about her growing up in Manchester and the Moravia

n settlement in Fulneck, Leeds (where a fellow pupil was Leonard Hutton, the cricketer).

Mickie driving a lorry during the war 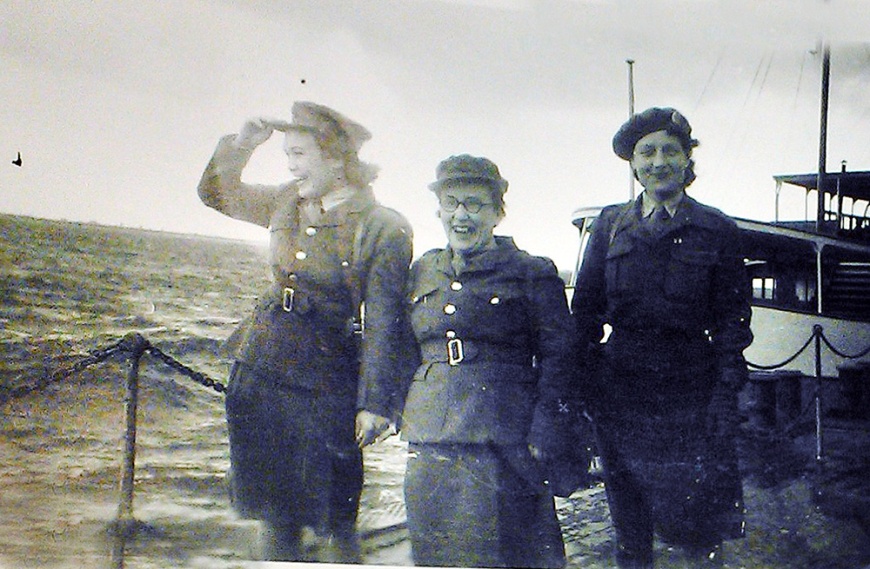 Mickie in uniform at sea