Over four Saturdays in August , CGN ran a  project bringing older storytellers together with younger writers to create a book about memories and experiences around selected topics; childhood and growing up, working life and holidays and travel . Over thefour sessions 50 people had taken part, including many members from CGN. We have had two opportunities to share our learning about this pilot and for an audience to hear some of the stories and get feedback on how participants enjoyed the process.

On Sunday 22 September volunteer Jolene Sheehan led a session at the Unitarian church as part of the Chorlton Arts Festival when 40 people attended and were able to hear some of the written work, read by the older members or the writers.

Last Thursday 26th September 100 people turned up at Wilbraham St Ninians Church, as part of the Chorlton Book Festival , to listen again to more stories as well as hear both writers and storytellers be interviewed about taking part , what they had learnt and how the sessions had triggered memories they had forgotten about. Overall participants felt they had gained a lot from taking part, they had met others from the local community, and people are keen to continue meeting as a possible monthly  ‘storytelling club’ ….more details to come as we get it organised.. 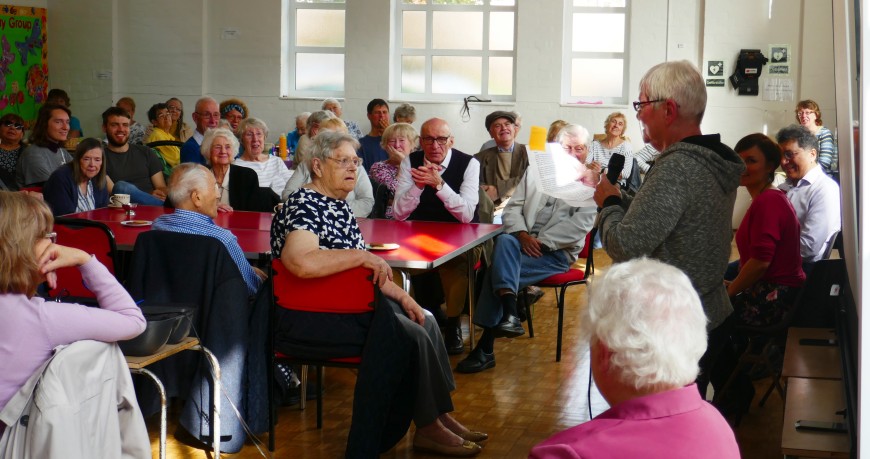